Class of 2020: The College Search Process

PWHS students explore their interests and capacities through the academic curriculum and also through extracurricular activities such as clubs, internships and service. Courses such as Life Skills and College & Career Guidance are expressly designed to help students develop and define a sense of themselves, an understanding of their interests and abilities, and also knowledge of where and how they learn best, while also introducing them, through guest speakers, to a broader picture of the working and learning world. These classes help students frame their own journeys of self-discovery, and to see their post-graduate plans as the next step in that journey.

Before the college application process began, Phuong Tran already knew she wanted to work in the medical field. Originally from Vietnam, she comes from a family of doctors and hopes to follow in their steps. The College & Career Guidance class helped her recognize how much she flourished in a small and collaborative learning environment. At the same time, she knew she wanted to stay closer to Portland, her “Oregon home,” especially since her younger sister will attend PWHS this Fall. With these priorities in mind, Phuong researched various schools and programs, and the University of Washington rose to the top of her list. Her online research showed that the university had the program she wanted, and the courses looked interesting and worthwhile. She read up on the professors and their publications, and concluded that she could trust them with her education. When she visited the campus, Phuong found not only the academics that she was looking for but also a large selection of internships, a beautiful campus (cherry blossoms!), clubs and community enrichment. Phuong will begin her medical studies at UW Seattle this Fall. She is looking forward to being a part of the huge Asian community, a larger Culture Club and extra curricular activities such as swimming.

Looking back at her four years at PWHS, Phuong thinks that the courses that helped her identify her interests and feel prepared for college were the challenges of Chemistry with Mr. Wasko and the Humanities classes. She is particularly glad to have learned how to do college-level, academic research, writing, and formatting in her papers. For Phuong, these skills give her confidence as she takes the next step in her education. 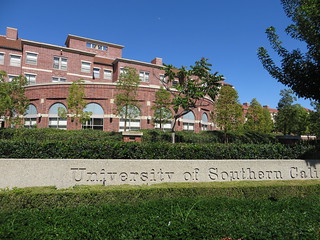 Xinyan (‘Mia’) Tong’s process for applying and selecting a school changed a lot over the past four years. At first, she was only interested in so-called big name schools with global name-recognition. Beyond that, she was unsure. But when PWHS science teacher Mr. Warnock asked her what she wanted from her college experience, beyond prestige, she began to think about what made college important to her, personally. From that point forward, she began to look at colleges more holistically, beyond their acknowledged rank or status.

Further conversations with Mr. Warnock, Mr. Zinn and Mx. Blanchette allowed her to go deeper in her considerations and helped her identify her individual interests. The Humanities classes at PWHS, the summer Anthropology Class at Stanford University and the classes that she took at Reed College through their Young Scholars program all helped Xinyan broaden her search for the right college culture while also focusing particularly on each school’s anthropology program–her primary academic interest.

In the end, Xinyan had to choose between Wesleyan University and the University of Southern California. Both schools are academically outstanding and have much to recommend them. Wesleyan is smaller, more personal, and focused on the individual student. But the choice helped her realize that she wanted her college to be in a vibrant city. In addition, she’s grown accustomed to and appreciative of the culture at PWHS and the City of Portland. Being in an open and a liberal environment makes her feel safe, with a sense of belonging. And so location also became a priority for her in choosing the University of Southern California. She will begin at USC this Fall, studying Cultural Anthropology in their interdisciplinary Honors program.

Xinyan is looking forward to so much at USC: The beauty of the campus; the number and variety of classes and study abroad programs (she may want to study in Germany again); the sheer variety of learning opportunities. Xinyan wants to try everything out – dancing, fine arts & interior design, speech & debate. Recent world events have piqued her interest in politics. She hopes college will be a time of discovery, that she’ll find what she is interested in and best at, and that she’ll identify a specific career to pursue. She knows she will once again find people who will push her forward, support her, and inspire her. 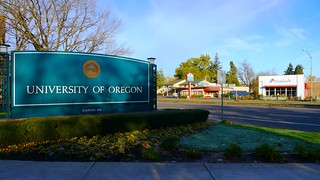 Ms Churchill opened the window into the creative world, and was the mentor who showed Ke’ali McCarter that he could take the creative aspect that is prevalent in Waldorf education and make it a career. In the tenth grade, she organized a tour of the Swift Agency, a Portland advertising firm owned and directed by a parent in the school. This visit opened Ke’ali eyes to the multitude of creative careers he could pursue. On top of that, the photography elective cultivated his interest in that field and Mr. Johnson’s Life Skills class made Ke’ali realize that he enjoys trying to understand people and their motivations, inspiring his interest in psychology. By his senior year, Ke’ali had identified advertising, psychology and photography as his primary fields of interest.

As he began the college application process, he found that the skills he developed in humanities classes were a great help in developing his personal statement and composing all of those required ‘supplemental’ application essays. As a Waldorf student, he felt that he could present a well rounded picture on his application: service, extracurricular activities, varsity sports, internships. When he first began looking at possible schools, the key consideration was the quality of the Ultimate Frisbee program. But as his thoughts developed, academic quality and financial affordability became even more important.

For these reasons, the University of Oregon became his first choice. Ke’ali was recruited to the U of O’s Ultimate Frisbee team and he is drawn to the school’s strong advertising and journalism program, its beautiful, green campus, proximity to home, and long term affordability. And even though he hails from Hawaii, Ke’ali actually loves Oregon weather! So he has found what he considers the perfect fit, and he is looking forward to exploring the natural areas that surround his college town, utilizing the university’s awesome facilities for sports, and going further with his dual passions of Ultimate Frisbee and photography. Ke’ali is also looking forward to being in a larger setting and meeting a wider variety of people from different cultures and backgrounds.

Taken together, they have, like many Waldorf students, found their particular path. We wish them well!

For this blog, Riley Layton is standing in for her fellow senior and friend Ke’ali McCarter, who developed this Class of 2020 blog series as a part of his internship with the Admissions Office. Many thanks to Riley for interviewing her classmates and also to Christopher Zinn for his introduction and editorial contributions!